112 days of Swedish siege in 3 hours. Or will you be faster?

IMPORTANT! Due to the coronavirus epidemic, we had to change the place and the form of the start. If you have a ticket downloaded before 9.7.2020, log in to the game system before the game and see information on how to start the game.
NOTICE! Tickets for this game are valid until June 30, 2021. After this date, it will not be possible to complete the game.

“Tomorrow we hit the city for the last time. Before the bells at Petrov ring noon, Brno must be ours. If not, we will retreat.” – thus spoke the Swedish General Torstenson in the spring of 1645, when he had unsuccessfully besieged Brno for 4 long months. And that was after he thought he would sew up a victory within a week. Indeed, in the fortress of Špilberk in Brno there were 400 soldiers and he arrived with 18 thousand! The conquest of Brno meant very much to him – it was the only thing in the path to besieging Vienna.

How did this great battle take place? Who stood up to this Nordic leader? What was he about, where did he live and what trap did he think up for the Swedes? And why, then, does the bell on Petrov still ring noon at 11 am? History wrapped in ciphers, logic tasks and hiding places are awaiting you on the trail Battle of Brno.

If you wish to know more, look at game details. 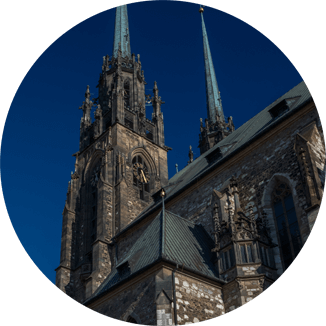 Get all the information before you start

The game is designed for 2-5-member teams. It was created primarily for adult players, but children (10+) are also able to participate in partial tasks. The game is also suited for teams with stroller, but it requires light help from teammates - you will meet a few steps along the way.

Light game (the game is a good start in a world of cipher games, for the more experienced players serves as a nice warmup or a walk)

We believe that you can manage the game at a comfortable pace within three hours (approximately 3.5 km).

Game Brochure (if you don't have it yet, you can get it at the start of the game in the hall of Moravian Gallery), a fully charged smartphone with internet access and a barcode scanner, pencil and paper. You can use a flashlight or a black fix, but it is not necessary.

When the game is open?

The game is open daily from 10:00
Please, contact us during holidays or other important days.
We recommend to start in the summer before 4:30 pm, in the winter a little earlier.

Partners of the Trail Battle of Brno